As was expected, Edmonds real estate has continued the appreciation trends we have seen since the market bottomed out at the end of 2011. Edmonds gained another 6-7% in 2014 and the number of closed sales year over year is almost identical to the 2013 numbers.

So what about 2015 and beyond? I have said for the last year plus, that the appreciation numbers we have enjoyed since 2012 are NOT sustainable. That does not necessarily mean we are going to see depreciation, but the pace at which prices have been going up MUST slow down eventually.

Experts predict the appreciation rate to be closer to 3% in 2015, which is a welcomed change for buyers who have battled multiple offers and a tough Seller’s market for 3 years. I think the number will be closer to 5-6% in 2015 due mainly to the lack of inventory, plethora of buyers, and low interest rates continuing to fuel the Puget Sound real estate market.

As an example, my last three Edmonds listings, ranging from $375,000-$450,000, have all received multiple offers, showing there is still a shortage of homes available for the number of buyers currently in the market. Before you chalk that up to low pricing, my last two high end listings, $950,000 and $1,350,000 respectively, both sold in a week.

Thinking of selling in 2015? Call TEAM ECHELBARGER today to get a jump start on your competition. 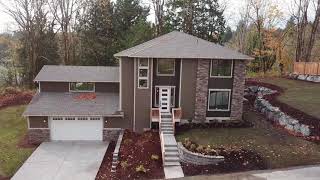